DSS Condo was founded in 2014 by a team of experienced construction professionals who could no longer accept the fact that Condo Associations were over-paying for low-quality work and disorganized renovation and restoration projects. More often than not, Condo projects turned into every unit owner’s nightmare, creating chaos within communities and costing homeowners millions more than necessary.

It became clear that Associations needed a qualified, independent third-party to guide them through the construction process and protect the interests of unit owners along the way.

The team distilled their expertise and decades of construction experience into innovative new approaches to construction; created from the Association’s perspective, and designed to protect the unit owners’ interests.

Donald has been a leader and innovator in the construction industry throughout his 30- year career. Donald graduated at the top of his class with a degree in Building Construction from the University of Florida, where he also served as President of the Building Construction Honor Society. Shortly thereafter, upon entering the construction workforce, Donald quickly developed a reputation as a no-nonsense determined leader and a pragmatic construction visionary. Before starting DSS Condo, Donald served as CEO of Miller & Solomon General Contractors, where he grew the business from $12mil to $175mil in revenue, making Miller & Solomon a leading industry name, renowned for their integrity, quality, and timeliness throughout the state of Florida. Donald’s credo, “No Excuses,” branded during this time at Miller & Solomon, has set a precedent in the industry that competitors have struggled to live up to ever since.

After Miller & Solomon, Donald utilized his sharp business acumen as the problem-solving Partner and Executive Vice President of Construction for the Trump Group. Here, he supervised the Luxuria project’s design in Boca Raton and Acqualina II in Sunny Isles Beach while simultaneously completing water damage remediation and construction of the first Acqualina Resort Tower. Today, Donald brings it all to the table as the visionary behind DSS Condo – the leading construction consulting and project management firm specializing in condominium construction management. His ability to simplify, direct, and successfully complete even the most daunting projects serves as a source of comfort for his clients, making Donald, and DSS Condo, a rare commodity in an industry that needs it most. 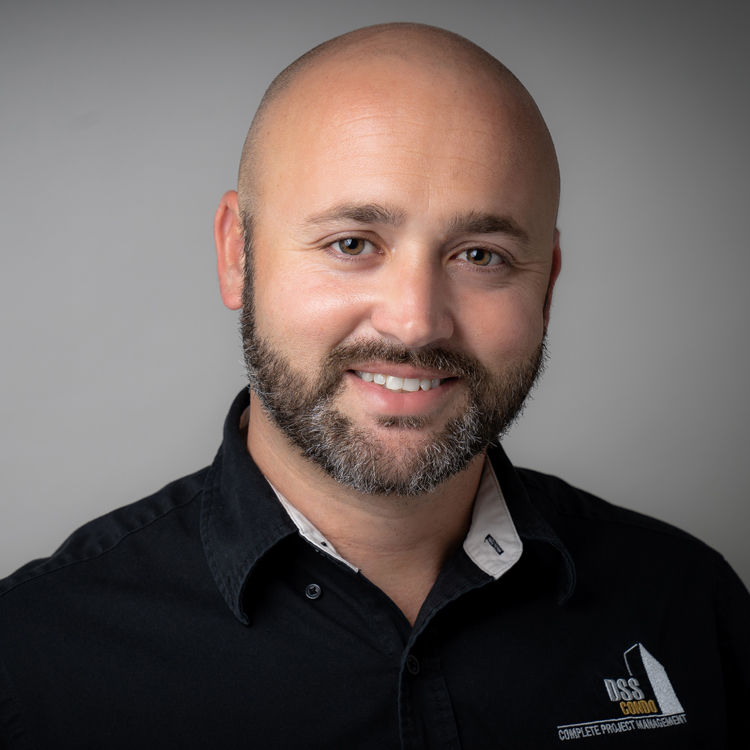 Michael is a Certified General Contractor and a Certified Roofing Contractor with nearly 20-years’ experience building and restoring condominiums, private homes, and commercial spaces throughout South Florida. He has been part of the DSS Condo team for over two years, during which time he has managed the construction of 8 condominium projects, representing budgets ranging from $500,000 to $28 million.

Before joining DSS Condo, Michael was on the front lines as a senior project manager for two of Miami’s largest general contracting firms and spearheaded major concrete restoration projects at many of Miami’s premier condominiums buildings. 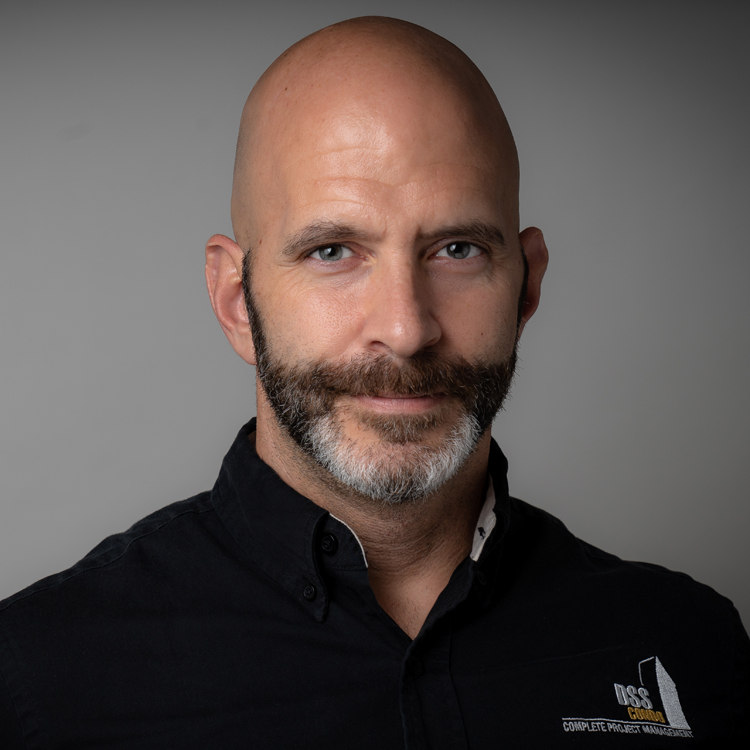 George is a Project Executive with a passion for learning and fine-tuning his skills with each new project. Before joining DSS Condo, George spent nearly 20 years in the hospitality industry in both Miami Beach and New York City, where he excelled working in fast-paced environments and understood the value of client relationships.

A quick learner with a personable nature, George is known for going in-depth and working closely with all parties to ensure there is no stone left unturned. DSS Condo clients and co-workers respect his honesty and ability to handle a demanding workload under high-pressure situations. During his time at DSS Condo, he has managed several high-profile buildings representing tens of millions of dollars in project budgets. 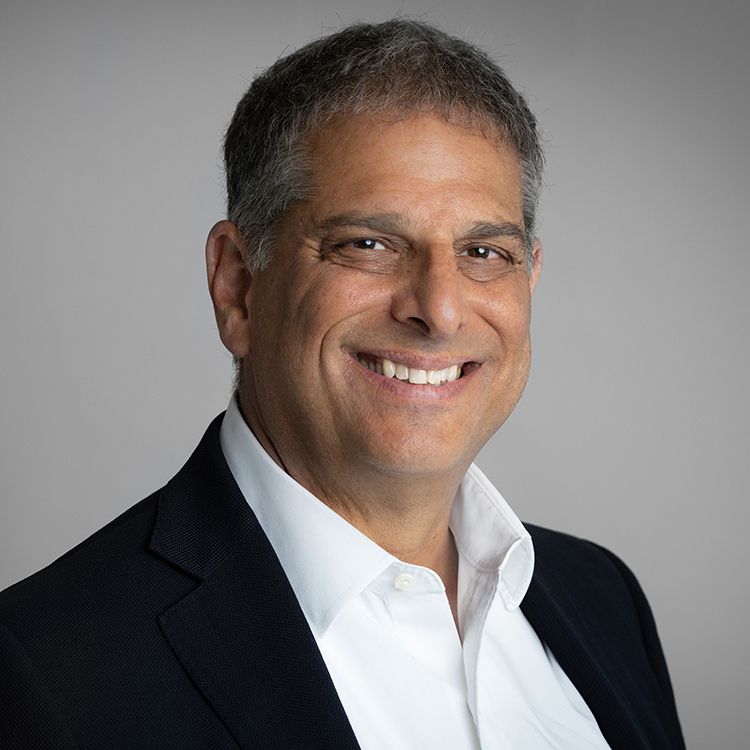 He’s known for his passionate focus on customer service and client satisfaction, which he brings to DSS Condo. Adam has an MBA from New York University where he studied operations, finance, and marketing. 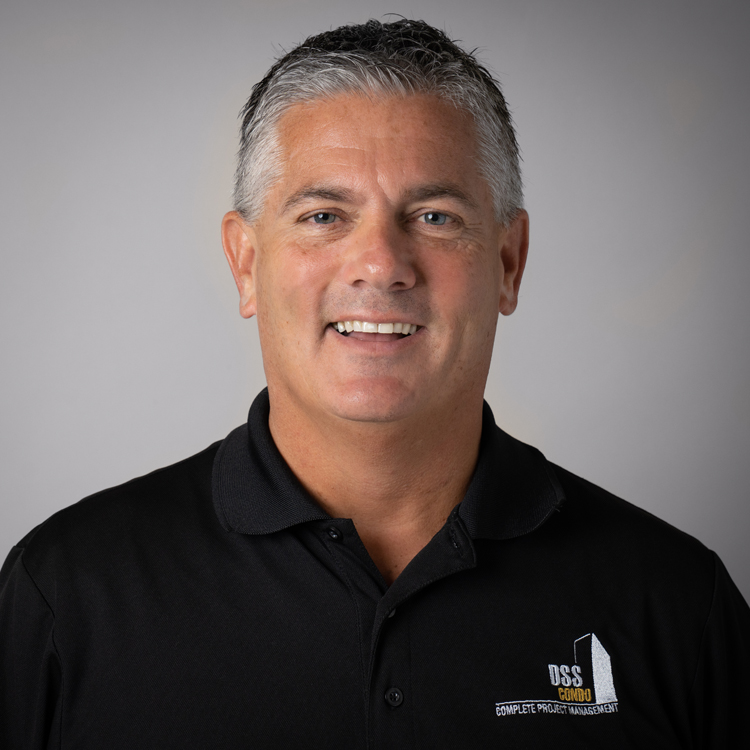 Kelly has over 30 years of client service experience. He began his professional career at age 14, pumping gas after school back when there were still “full service” gas stations. He learned about customer service, and that “full service” attitude has stuck with him ever since.

After several years with IBM, Kelly worked in multiple arenas serving clients, whether in mortgages, real estate, or investments.  Over ten years ago, Kelly made the switch into the multifamily, hospitality, commercial office service arena. He became very involved with professional associations and took leadership roles on several Boards, including the Hotel Association of Washington DC, The Virginia Hospitality and Travel Association, and the VA chapter of the National Association of Power Engineers. A highlight of Kelly’s career was working with the White House on several projects.

The secret to Kelly’s success is to work with the best, and he has found that with DSS Condo. 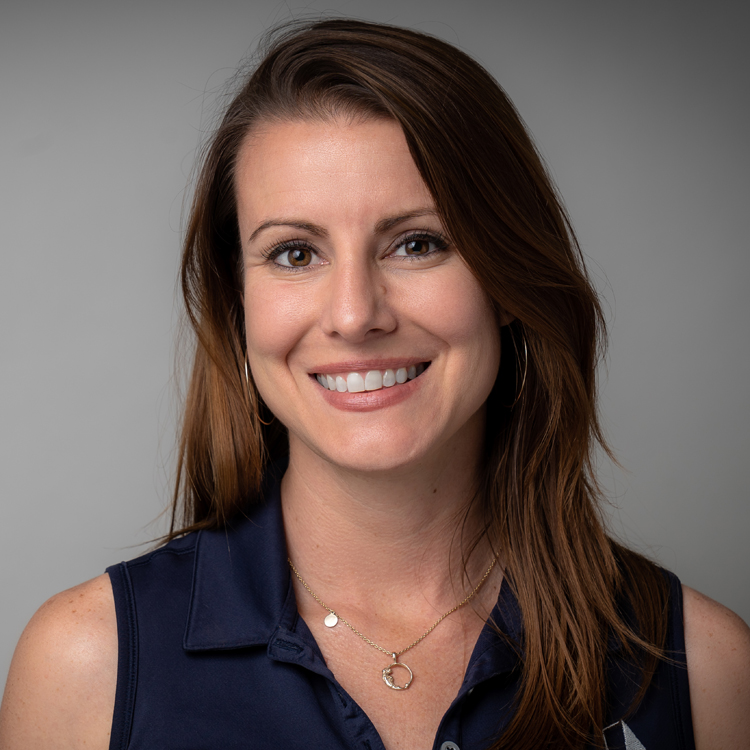 Jennifer holds a Masters in Architecture from Florida International University as well as an Interior Architecture Degree from The Art Institute of Fort Lauderdale. She has recently passed the Architecture Registration Exams, the final component to become a licensed architect.

Jennifer has an incredible eye for simple, practical design and a long-standing appreciation of vernacular and sustainable architecture. Her knack for creative problem-solving, attention to detail, cheerful disposition, and ability to communicate with all the trades have proven her to be an invaluable asset to our team in the complicated process of design and construction. 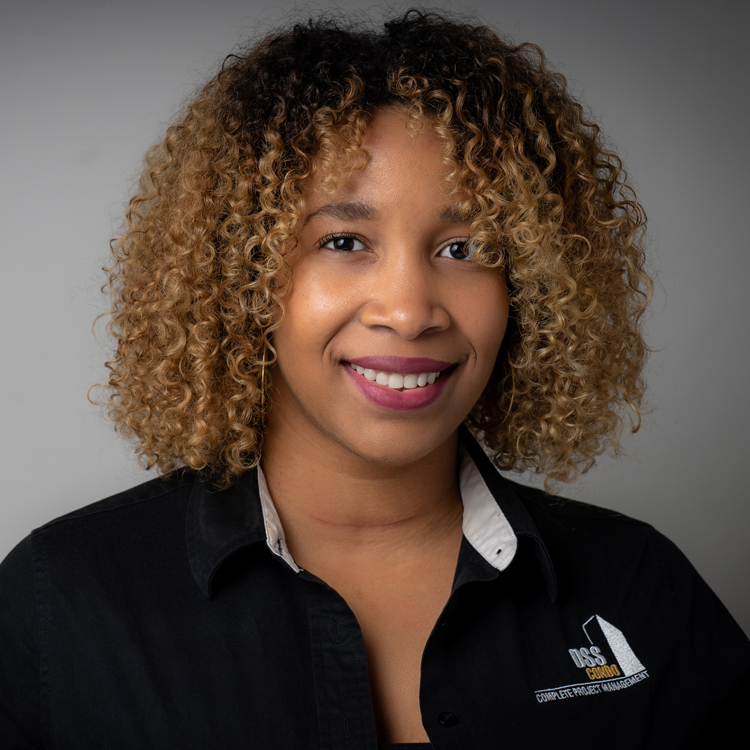 Chantal was born and raised in Port-au-Prince, Haiti, where she received a rigorous education that set a precedent for her strong work ethic and eagerness to learn, all of which helped her to remain at the top of her class throughout her academic studies. She graduated with her Master’s Degree in Architecture from Florida International University with a thesis on Urban Agriculture in Miami for climate change resiliency.

With a passion for creativity, architecture has allowed her to express herself while also prompting her to become more observant and analytical. Having worked in various fields, Chantal has gained insight into teamwork, customer service, and relationship-building skills. 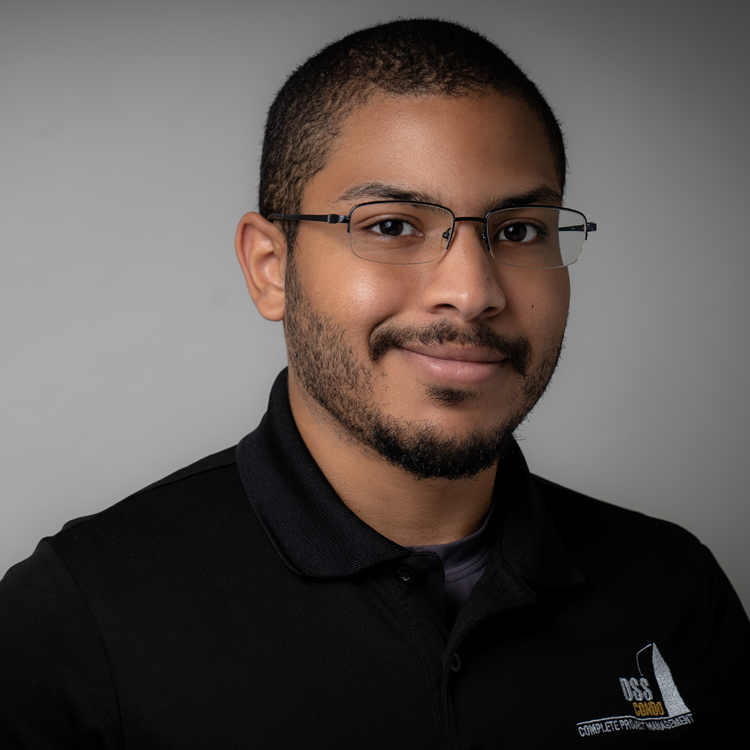 Richard graduated from FIU with a degree in Construction Management, and currently provides invaluable support to our Project Managers and Project Executives on both interior and exterior projects.

Richard has worked on a number of high-profile condominiums while at DSS Condo, including the Alexander on Miami Beach, and Grove Towers in Coconut Grove. He is respected by his colleagues for his accuracy and clarity in communication not only amongst his co-workers, but as well in his dealings with clients and vendors.

With a keen attention to detail and a passion for continually broadening his knowledge of the construction industry, Richard is an incredible asset to the DSS Condo team. 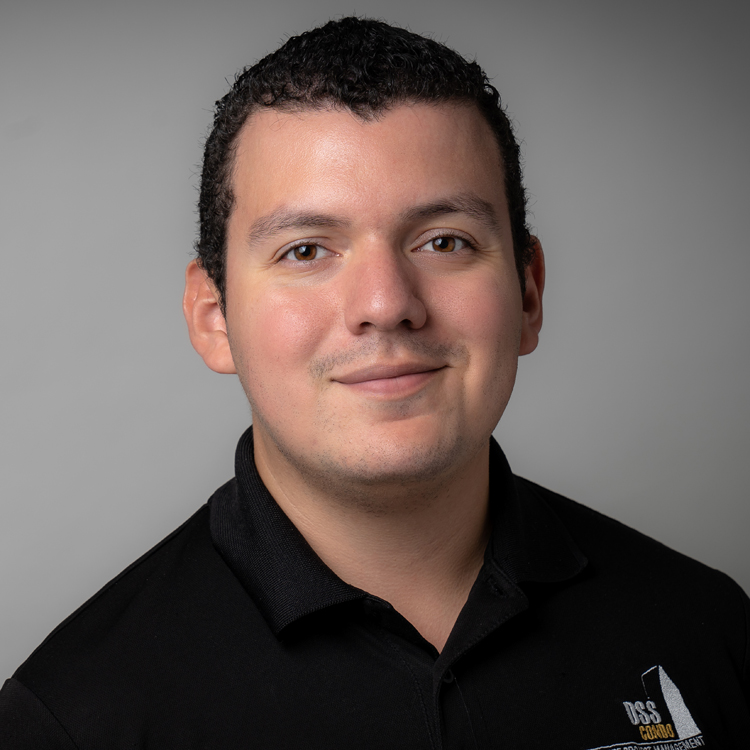 Germaine was raised in both the USA and Costa Rica, which helped him to understand and appreciate various cultural backgrounds. These experiences, combined with his personable nature, have made him adept at building strong relationships with contractors and clients. He is skilled problem solver, and is known for his innate ability to bring a team together towards a common goal. Germaine has a passion for learning and is seeking to further his education in civil engineering and renewable energies. 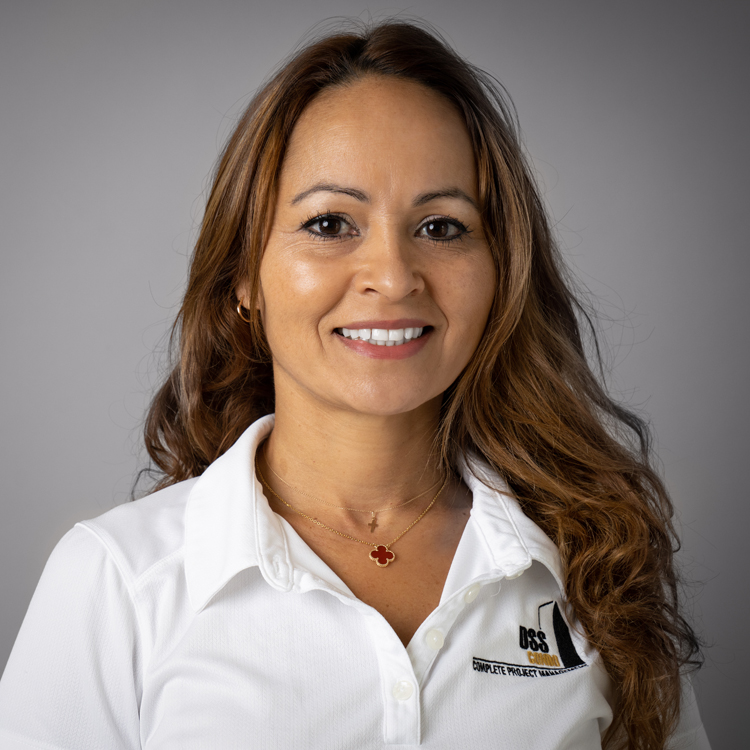 Sofia graduated from California State University Long Beach with a Bachelors in Business Administration, with a concentration in accounting. Sofia comes to DSS Condo from the property management side of the industry.

Before joining the DSS Condo team, Sofia worked as an estate manager for a single $25M account for over ten years. She is renowned for her organizational skills, accuracy, and ensuring that nothing falls through the cracks.

She is passionate about delivering successful projects to DSS Condo’s clients, with maximum savings and minimal inconvenience to unit owners. She strongly believes in the value of living and working with integrity, a quality that makes her well-respected amongst her DSS Condo colleagues and clients. 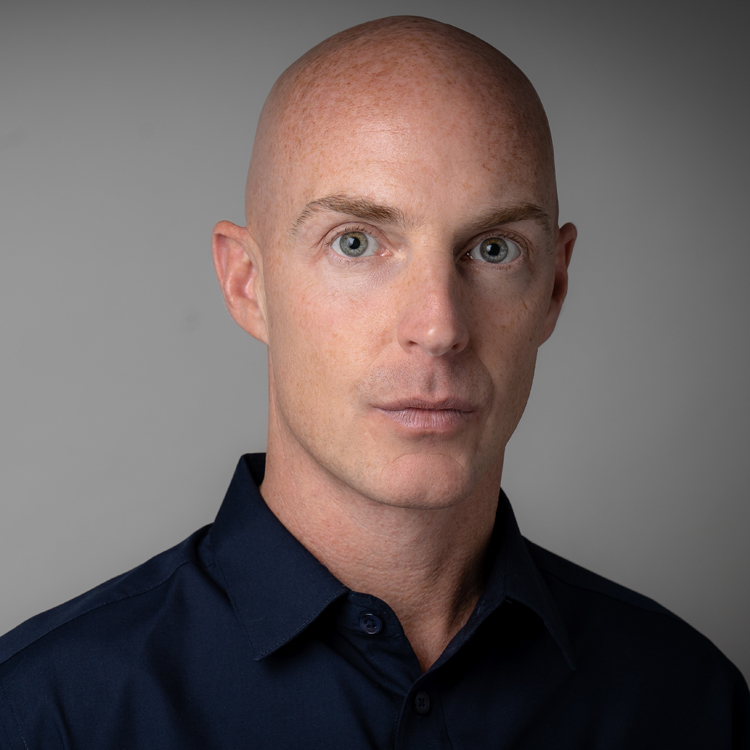 Born and raised in Queens, NY, Thomas Murray has been a South Floridian since 2012. Thomas is Project Associate at DSS Condo who has worked on a wide range of projects, representing over $40 million in total project budgets. He is known for his detailed nature; he is meticulous and thorough in all of his work for clients’ projects.

Prior to his work at DSS Condo, he served as a court reporter and was responsible for ensuring complete, accurate, and secure legal records. Thomas is respected by his DSS Condo colleagues and clients for his level-headedness in high-pressure situations, and his ability to thrive even in the most challenging of situations.

So hard, in fact, that most are either late, over budget, or both –But they don’t have to be. You can beat those odds. Let us show you how.

“We are strong supporters of DSS Condo and the qualities and skills they bring to their projects. Yacht Harbour has been a total success. DSS Condo’s expertise saved us a significant amount of money.”